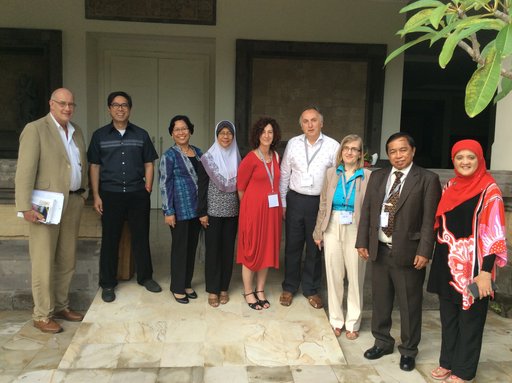 1: Policy Briefings
It was agreed RN4 would create a number of Policy Briefings that consider amongst other things illustrative national strategies, evidence to support policies, criticize policies and compare policies across different countries. A number of key areas were discussed as particular focus, with the following areas suggested as priorities:

3: Activities and events for 2015 and 2016
It was agreed that Monash University in collaboration with RMIT University in Melbourne would host the RN4 annual meeting in 2015.  It was agreed that such a meeting would focus on two of the above priority areas – early leavers and later-life learning. (It was provisionally agreed outside the meeting that such an event might extend beyond RN4 – provisional dates of 30 Nov to 2 Dec 2015 were mooted).

The RN4 meeting in 2016 would be held on 6 June in Glasgow jointly by UCL Institute of Education and the University of Glasgow. It would be arranged to follow the PASCAL conference, Learning Cities from 2020 to 2040, which will be from 3-5 June 2016.  Provisionally the theme of this meeting would be the wider benefits of lifelong learning.

Any cookies that may not be particularly necessary for the website to function and is used specifically to collect user personal data via analytics, ads, other embedded contents are termed as non-necessary cookies. It is mandatory to procure user consent prior to running these cookies on your website.